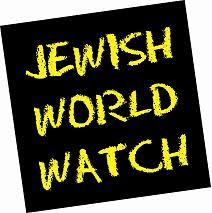 As this secular year rolls into the next, we will be besieged by Top Ten lists chronicling the year gone by. Top 10 movies. Top 10 Electronic Gadgets. Ten most newsworthy events. Will anyone compile a list of the Top Conflicts Most Likely to Become the Next Genocide?

Though it won’t appear on the cover of Rolling Stone, Jewish World Watch (JWW) did compile such a list. JWW reviewed and collected material from an array of human rights reports and news sources, creating a genocide risk assessment that did place Congo among the ignominious top ten. The atrocities in Congo just keep escalating; like during Egyptian slavery, the violence and death are almost incomprehensible. Yet according to JWW and the aid agency International Rescue Committee:

Congo is one country where our voices can be heard. We are unwitting participants in this war, implicated by the phones in our pockets and computers on our desks. The armed groups perpetrating the rapes and violence are funded by an estimated $144 million annual trade in tin, tantalum, tungsten and gold. These minerals go directly into the components of electronic products that we use every day, from our iPods to our BlackBerrys.

How do we – children and grandchildren of the post-Holocaust generation, descendants of Egyptian slaves – respond to this conflict? Rabbi Harold Schulweis teaches “To be Jewish is to care for the world. Torah does not say ‘love thy Jewish neighbor’; it says ‘love thy neighbor’ (Lev. 19:18).” Similarly, Torah does not allow us to stand idly by while our non-Jewish neighbor bleeds, because we are commanded to stand up whenever any neighbor bleeds (Lev. 19:16).

The 21 largest electronic companies are poised to accept a campaign committing them to source their minerals to the mine of origin. Jewish World Watch is part of a coalition of stakeholders influencing and directing the Conflict-Free Minerals designation and the international oversight process. Our community must demand an end to the use of “conflict minerals.”

Lo ta’amod al dam rei-acha – Don’t stand idly by while our neighbors bleed. How will you answer your descendents? Take a moment to remember the generations of Israelites who died in service of Pharaoh’s bloody war machine. Then be like Shifrah and Puah, the two Egyptian midwives who refused to stand idly by. Go to JewishWorldWatch to take the Conflict-Free Minerals Pledge. Then leave a comment so I know you signed.