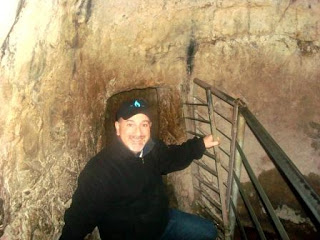 This country is crawling with Reform Rabbis. They are much harder here to identify then the ultraorthodox ones, mind you, but with the opening of the convention of the Central Conference of American Rabbis (CCAR) beginning on Tuesday, this country is again crawling with Reform Rabbis. (Truth in advertising: there were already plenty of Reform rabbis living here. Through Hebrew Union College-Jewish Institute of Religion’s Israeli Rabbinic program there are a plethora of homegrown Israeli rabbis, and a vibrant American and English rabbinical aliyah has brought numerous Diaspora rabbis to make this country their home. But I refer now to Diaspora rabbis.) Yes, Israel is crawling with Reform (or as we like to say here, Progressive) rabbis.

And that’s a good thing, mind you, given that Israelis have – across the board – become so alienated from their Jewish heritage/identity/reality by the inflexibility, sexism and political machinations of the Chief Rabbinate and orthodox religious parties. In ever greater numbers, they are embracing the authentic alternative our movement – T’nu’at Yahadut Mitkademet, the Israeli Movement for Progressive Judaism – offers. This influx of rabbis injects our movement here with a healthy dose of support, during a time in which they are increasingly igniting a passion for Judaism in the minds of Israelis.

That’s a good thing, mind you, because since the early 1970’s when HUC-JIR instituted its Year in Israel program, requiring all American Reform Rabbis to spend their first year of study in Israel, our American Reform Rabbinate has become infused even more deeply than ever with ahavat yisrael, a love of Israel. Service to the Jewish people begins with an understanding that being a Jew equals being part of a Jewish people, that the religion is part, but not the totality, of that reality, and that Israel is and has always been central to that identity.

That’s a good thing, mind you, because no matter how many trips to Israel we Reform Rabbis lead for/with our congregants, there is something uniquely poignant about coming home to Israel, making Aliyat haNefesh, if you will, with the very people with whom we spent so many months exploring the country in our adult years. (What’s Aliyat haNefesh, a spiritual ascent? Here’s my understanding.)

Yesterday, with my small touring group of congregants, we visited the new Museum at Har Herzl (Mt. Herzl, Israel’s national military cemetery). A brilliantly designed, multimedia experience, the Museum makes you feel like you are falling in love – with the once completely assimilated, non-Jewishly connected Theodore Herzl – with the idea of a Jewish State.

Which led one of our tour participants to ask why in his pre-Bar Mitzvah Jewish education did he not really come to understand the significance of this movement for statehood. Which led me to explain how education is often lost on the youth. Which led him to ask if he ever really learned about early zionism at school or camp. Which led me to suggest that while most all Reform and Conservative schools teach the history of early Zionism, we in our youth are so caught up in ourselves (and irritated that we have to attend supplementary school in the afternoon after our secular school lets out) that we miss half of what we are taught. Which led to the realization that the best way to instill ahavat yisrael, a love of Israel, is to make it possible for the largest number of Jews to visit the Holy Land. Which explains the critical nature of Birthright and annual congregational trips to Israel.

Which explains why, this spiritual ascent to Jerusalem, once every seven years, specially designed for rabbis (and their spouses/partners), is so important. We reconnect with the back alleyways of Israel’s cities, create new kesher (connections) with Israelis across the spectrum, recharge the many facets of our tziyonut (Zionism), and literally fall in love with this country yet again and again.

So Israel is beginning to crawl with Reform Rabbis, as more than 300 of us will gather together for our kinus (conference). And while that will give some ultra-orthodox leaders the creepy-crawlies, it illuminates a indisputable reality: that the Diaspora and Israel are connected by a multidirectional umbilical cord infuses us all – Americans, Israelis, English, Germans, South Americans, Canadians, Russians and… – with a rich heritage and a meaningful Jewish future.

It was that time of Jerusalem day when the sun chooses
any one of many hills to wash in gold,
the time of day the City assumes a touch of the romantic’s magic.
The religious said blessings.
The eloquent called to mind lines memorized in school
for moments such as these
and wrote new songs from notes made of beams.

Others still, held hands and kissed for all this beauty
whose truest words are whispers and sighs and halfsounds,
hints of interjections no one can put to a rhythm
not Shelley, nor Wordsworth, nor the grandsweeping Lord Byron.

And Mozart and Schumann deceive us,
trying to make keys and oboes and strings say things
only a Jewish heart in love with the Holiest of Places
can say.