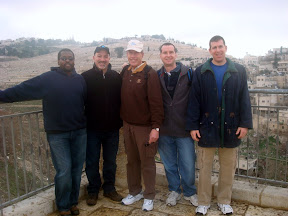 Our first full day in Israel we spent touring around Jerusalem. Our tour guide, Alexandra Benjamin, beautifully wove together archeological finds, Biblical verses, ancient history and modern realities to create a tapestry of Israel past, present and future.

We began at the City of David, an archeological dig of the original capitol city set up by King David in the year 1000 BCE (plus or minus). How fascinating to see how the Biblical stories of David’s life and kingdom correlate so well with the archeological finds. We marveled at the intersection of the Arab village, the ancient site and new Jewish homes. We viewed Hezekiah’s tunnel, an ancient tunnel dug to bring water into the city. 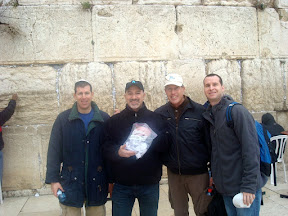 We stopped by the Kotel, writing prayers and placing them the wall. I wrote a special prayer asking for blessing for my family, our congregation, Israel and America and our world.

I took special pride in placing in the Wall, prayers written by Or Ami congregants and students.

Walking under the Kotel Tunnels, that stretch the length of the western retaining wall of the Temple Mount, never fails to amaze me. To see stones the size of school buses that weigh 631 tons, and trying to imagine how they were moved into place so far up the wall. To walk along paved roads that our ancestors walked upon 2000 years ago. To view the huge underground cistern which stored water for the desert area city.

We gained a sense of the interreligious nature of the city of Jerusalem during a visit to the Church of the Holy Sepulchre, where tradition teaches Jesus was nailed to the cross and laid following his death. Six different Christian denominations/churches each have a role and ownership of different parts of the church and its rituals. I was moved by the way Christian pilgrims were moved so deeply by being in the Church.

Standing atop the rooftops of the Old City of Jerusalem, we stood equidistance between three domes: Islam’s Dome of the Rock, the Dome atop the Church of the Sepulchre, and the new dome atop a new synagogue in the Jewish Quarter. Moments later, we heard the Muslim call to worship, listened to the Church bells ringing, and saw Jews rushing to the Kotel for pre-Shabbat prayers.

I took part of our group – who hadn’t tired yet from jetlag – to Machane Yehuda, the open air Jewish market. How I love the hustle and bustle of that place in the hours before Shabbat. Sounds and smells, colors and tastes, mingle together amidst the cacophony that we call the Jewish people. Pushing, shoving, selling, buying, talking, laughing… it is a wonderful feel for the hum and buzz of this city. We bought only chocolate rugaleh from Marzipan. Warm and delicious.

The day ended with Shabbat dinner at a Lebanese restaurant nearby the hotel. Following kiddush and motzi over the challah, we enjoyed a delicious dinner of salads and meats. Delicious! 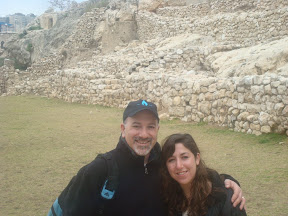 Another joy is being with my niece Yonina, who made aliyah a few years ago and currently serves in the army. This 20 year old is one amazing young woman!