What’s with the raging wildfires and destructive flooding, the mass shootings and mindless meanness all around? How many more need to die to motivate Your mercy, to finally get You to act on our behalf? What the heck is going on with You, God?

END_OF_DOCUMENT_TOKEN_TO_BE_REPLACED

I woke early one morning in June to hear the decisions of the United States Supreme Court on a pair of cases about marriage equality. Joy mixed with disappointment. I celebrated the return of marriage equality to the State of California and the effective end of the ill-named Defense of Marriage Act (DOMA) through the extension of benefits to gay and lesbian married couples. At the same time, the Supremes dodged an opportunity to make Marriage Equality the law of the land. Still, there is hope as advocates work within the states to move equality forward.

Some people expressed frustration at the slow pace of full equality. I am not one of those people. I see that great strides have been made and more will come.

The Youth Shall See Visions


Dani is an 11-year-old young person from our Congregation Or Ami (Calabasas, CA) who recently spent a month at the URJ Camp Newman summer camp.

Dani inherently gets this rightness and justice of marriage equality. The challenges raised by opponents seem irrelevant to her. Homosexuality and the resulting call for marriage equality are a new normal for her and her friends. 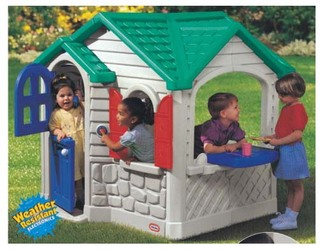 I wanted to share with you the story of how Dani and her friends celebrated the Supreme Court’s decision about Prop. 8.

One of the role-playing games that girls play these days is a variation on the time-honored game we used to call “House.” Modern girls now call the game “Family.” Everyone is assigned a role: one is the mother, one is the father, and the others are various sisters, brothers, and inevitably babies. Occasionally there is a dog or cat or horse involved. The girls have never hesitated to take on male roles, and they will spend hours playing the game (which usually involves a lot of scolding of the children and heavy sighing by the frazzled and overwhelmed mother).

Dani was away for 4 weeks at her beloved URJ Camp Newman when the announcement that the Supreme Court dismissed the Prop 8 appeal reached Dani and her beloved cabinmates. They responded by deciding that they should all get married. So the ten girls, ages 10 to 12, formed five “married” couples for the rest of their time at camp (though there was flexibility in who was married to whom from day to day).

That they so readily and seamlessly (and joyfully) adapted the game of Family to include same-sex couples truly brought home for me how far we have come as a society in overcoming ignorance, intolerance, and fear when it comes to accepting, embracing, and role-playing different kinds of loving couples.

Dani and her cabinmates’ game does not mean that equality has been achieved yet, but how this one group of girls responded provides us a glimpse into how today’s children will act when they are tomorrow’s adults.

Statistically, it is quite possible that one of those 10 girls may already know or later discover that she herself is a lesbian. Imagine her having this silly yet loving pre-teen memory to hold dear as she chooses how to make her own way into a world that may not always embrace her sexual orientation as warmly and naturally as her cabinmates did in the Summer of 2013.

To those of us who seek full equality for gay and lesbian individuals and couples, Dani’s game playing is so moving.

I am fighting back tears as I type this. My heart is too full to say much, but please know I find this a beautiful sentiment to a subject that is so hard for a lot to stomach. The fight is constant and continues, of course, but knowing this is the future is very empowering.

I remember playing “house” (and yes, that’s definitely what we called it then) with the cute as a button little blonde across the street, and I ALWAYS had to be the boy. It never dawned on us that we could both be the girl and live happily ever after…

Debby allowed me to publish this story after she asked Dani what she thought about sharing this on your blog. Dani does not have a problem with it.

I think the thing that feels so remarkable about Dani’s story and about the kids my daughter is friends with is that they do not view being gay as a big deal or particularly interesting or special – or negative. Obviously, there are still plenty of kids in the country who do NOT feel this way, but the momentum feels to me to be moving in the direction of: why should I care (or have any say in approving) who someone else loves?

Right, why should I care about or have any say in approving who one marries?! Relationships between two mature, consensual, supportive adults, who see in each other B’tzelem Elohim  deserve equality.

May that equality, blessed by our communities, soon become the law of our whole country.