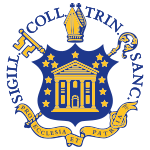 They say you can’t go home again. But when the intervening years have brought distance, maturity and humility, you can at least visit.
I loved my alma mater, Trinity College in Hartford, Connecticut; especially it’s small classes, intense conversations, and accessible faculty. I left with fond memories, a wider perspective on the world, and a solid group of friends.

25 years ago, “Camp Trin-Trin” was my home away from home for three years, until I graduated early in 1985. (I entered Trinity as a freshman but received a full year’s credit for my gap year studies in Jerusalem; nonetheless, I still consider myself a member of the class of 1986.)  And now, 25 years later, I came back home. Here are 8 lingering impressions:

So I return to my real home thankful for the outstanding education I received at Trinity College. Those years challenged me socially, deepened me intellectually, and molded me personally. It was good to return to be so reminded. I look forward to keeping in touch with classmates via email, Twitter (@RabbiKip) and Facebook.

The rabbis of our Reform Movement gather in New Orleans for an annual convention to study, to reflect, and to explore the intersection between Jewish tradition and our daily lives. Being in New Orleans, home to the most devastating hurricane in recent American history, presents an added challenge: how does Jewish tradition respond to the continued dislocation and poverty of many thousands of New Orleans residents?  What responsibility do we have for the care and rejuvenation of this city and it’s population?  I look forward to grappling with these, and many other, significant issues.

In addition, I would list these as my top ten things I am looking forward to doing in New Orleans:

I’m excited to be there. We spent a week away in Scottsdale, AZ with my folks and our family. 15 things we did on vacation:

Happy Mom’s Day! (Those are three of the most inspiring women – My Mom, My Wife, My Sister-in-law.)

Having finished cooking breakfast, giving my wife a heart-felt mushy Mother’s Day card, taking a nap (I woke up so early, I slid out of bed so as not to wake her), and cleaning the kitchen (imperfectly, I’d probably get just an 85%),  I turn from my wife-the mother to my mother-the mom (I sent my mother a Mother’s Day card earlier this week).

Top Ten Lessons I Learned from My Mom

Over the years, my mom taught me important lessons about love, forgiveness, dignity and integrity, hope and sadness, organizing, leadership, group dynamics, family and more.  My mom, Linda Kipnes, is the best mom of all!  She’s also very active: once learning to ride a motorcycle, and above right, riding in the front of Disneyland’s Space Mountain rollercoaster.

Mom, I know you will read this eventually since you subscribe to my blog! So Happy Mother’s Day!

Happy Birthday Israel! I wish I were there celebrating with you. I will eat some humus to celebrate today.

What are your 13 favorite things that you love about Israel? Do share!

They also write an engaging RACblog. RAC Press Secretary Kate Bigam wrote their List of the Top 10 Top 10 Lists. I loved it. What were your favorite lists?

1. Grist’s Top Green Stories of the ’00s
Like others, Grist decided to go a step beyond a simple “Best of 2009” list by covering the aughts in their entirety. Starting with the greening of Paris Hilton (among other celebs), the list takes a more serious tone when it lists the environmental movement’s newfound climate focus and American politicians’ newfound willingness to talk about climate as a serious legislative issue as among the top environmental stories of the decade. With the snappy catchphrase “Local gets vocal, organic goes manic,” it also includes a shout-out to the sustainable food movement, which the Reform Movement embraced this year at our Biennial Convention.

2. TIME Magazine’s Top 10 Religion Stories of the Year
Included in TIME’s “Top 10 of Everything of 2009” compilation is this gem of a list that includes year-toppers titled things like “Secularism of Bust.” Among them is “Keeping the Faith-Based,” highlighting President Obama’s decision to “create the new Presidential Advisory Council on Faith-Based and Neighborhood Partnerships to weigh in on matters ranging from funding of social-service and poverty-alleviation programs to the more controversial issue of abortion reduction.” The RAC’s Director, Rabbi David Saperstein, was named by president Obama to serve on this council.

3. The International Women’s Health Coalition’s Top Ten Wins for Women’s Health and Rights in 2009
This list of the world’s advancements in women’s rights tackles issues in the Unites States, the UK, Bolivia, Nigeria, Cameroon, and Yemen, among others. But as blogger Lorena Espinoza Peña writes on Feministing.com, “As important as it is to celebrate victories surrounding women’s rights and health, it’s also important to acknowledge when there’s still much more work to be done.”

4. Odyssey Networks’ Top Interfaith Stories of 2009
Odyssey Networks asked its members, “Which activities and events of 2009 best illustrate the important and hopeful work being done by faith communities working together?” The list represents their recommendations along with the suggestions of the folks at Odyssey and is presented alphabetically rather than ranked – members are asked to vote on the story they feel is most important. In one story, “Speaking and Acting on Health Care Reform,” our own Director Rabbi David Saperstein is featured (photo above).

5. Religious Clause’s Top 10 Church-State, Religious Liberty Developments In 2009
Church-state blogger Howard M. Friedman, Professor of Law Emeritus at the University of Toledo, submits his choices for the biggest religious liberty stories of the year. “The choices are based on the long-range implications of the developments on legal doctrines and on future of relations between government and religion,” he writes. Highlights include the Rifqa Bary case, of a Christian teenager at odds with her Muslim parents, court cases against Scientology in France and Germany, and conservative Christian groups’ opposition to the Matthew Shepard and James Byrd, Jr. Hate Crimes Prevention Act.

6. Religion Newswriters Association’s Top 10 Religion Stories
More than 100 religion journalists voted President Obama’s June speech in Cairo, Egypt — in which he pledged a new beginning in Muslim-U.S. relations — the top religion story of the year. During his talk, Obama invoked the Qur’an, Talmud and the Bible while declaring that America was not at war with Islam. The second-rated religion story was health care reform; in addition to the top ten, the Religion Newswriters Association also compiled a list of 13 more noteworthy religion stories that made headlines this year.

7. Politics Daily’s Top 10 Economic Stories of 2009
The title reads “Jobs, Housing, Bailouts and — Yes — Tiger Woods,” so you know this is probably going to be a list a bit off the beaten path. Still, the first economic story listed is “‘Great Recession’ ends but unemployment hits 25-year high,” so golf stars aside, the list is still addressing the most pressing economic issues of our time – in a year when the economy has been a topic at the forefront of everyone’s minds. Other issues that make the cut in this arena include health care reform, the housing crisis, the UN Copenhagen Climate Conference, “tea parties” and more – including Tiger.

8. MSNBC’s “Decade’s Top 10 Political Lines”
NBC writers compile “what we consider to be the most memorable political lines/statements/quotes of the decade, which shaped or cemented perceptions, were repeated endlessly, and impacted American politics.” The usual political suspects make the list – Presidents George W. Bush and Barack Obama, Vice Presidents Cheney and Biden, Presidential hopefuls John Kerry and John McCain, now-Secretary of State Clinton – but there are a few surprises, too, including some profanity. Most notably, keep your eye out from a famous two-liner yelled just this year on the House floor and even a political joke from an old Saturday Night Live alumna.

9. The Forward’s “The Aughts and Us: 2000-2009: A Look Back at What a Decade Brought”
Ten Jewish leaders write one paragraph each on 10 of the ways life changed for Jews in the first decade of the 21st century, from the Diaspora’s presence online (makes it easier to kibbitz, fundraise, etc.) to the lasting threat of terrorism brought about by September 11th (and it’s impact on Jews, in particular). The final write-up is from Rabbi Eric Yoffie, President of the Union for Reform Judaism, about the emergence of Birthright Israel. He says, “It has demonstrated that at a time when commitment to Israel is supposedly withering, even the most disengaged young Jews have a yearning for connection to the Jewish state.”

10. TIME Magazine’s Top 10 Editorial Cartoons of 2009
Who says politics isn’t animated? Rounding out our list of Top 10 Top 10 Lists is TIME’s compilation of the best visual jokes of the year, but don’t be fooled by imagery that invokes Saturday morning cartoons – each of these drawings packs a political punch that highlights the biggest gaffes and missteps of 2009.

As 2010 is underway, we have a 5 hour drive remaining from Palo Alto to home, so we tale this time to enumerate the blessings and joys of 2009:We Still have 4 grandparents who have very close relationships with our kids.
We still in love and enjoy being married to each other.
We still have 3 wonderful hildren who are growing and maturing in positive ways and who still love being Jewish.
We all have our health.
We both work in vibrant Jewish communities that we are proud to be part of and to be representing.
We have long friendships spanning two to four decades with people whom we don’t always see regularly but when we do they energize and sustain us.
We have made new close friendships in the past decade.
Our home is comfortable, dry and filled with our kids and their friends who like to sleep over.
We had an opportunity to travel extensively through the country – 20 states in 31 days in one minivan. We were hosted by good friends. We saw beautiful and intersting parts of our nation which inspired us.
Our baby became a Bar Mitzvah, making us very proud and bringing so many family and friends together
Our eldest applied to colleges and while we await answers, she made us proud by her perseverence and improved essay writing.
Our middle one became president of the temple youth group, evidenced significant leadership and growth.We look forward to the start of a secular new year and a new decade.
May this one bring more truth, promise and honesty than the last.What are the blessings you count from 2009?

This is my ninth trip to Israel since birth. A pause to recount:

How many times have YOU been to Israel? How were these trips meaningful?