Although we started out with the smallest guest list in years, we ended up with the most well attended Seder that we have ever hosted. Thanks to technology, tradition and trust, we had more people at our Seder table than ever before.

Technology
Although our family is spread all over the globe, we managed to bring them together with the help of a few computers, an iPad and some patience. We Skyped them in – my parents from Cape Cod, my nephew and niece from the Boston-area, and our daughter from Ecuador. My sister and I coordinated a bicoastal seder, though the finicky internet ended the experience far too early. When her turn to read, we even held up our haggadah for our South American-based student to participate.

The world is so big, but technology joyfully makes it feel so much smaller. And since our family is spread out, holidays no longer need to feel so separating. Technology has allowed us to double the size of our Seder without having to set more places or even cook more food.

Tradition
Our modest home stretched to accommodate the next group of visitors. 2 million Israelites came by to share the experience. Their experience. Reading the Magid (story) of their exodus, we felt their presence wih us. (Here’s the math: 603,550 Israelite men of fighting age counted in the Torah. Double it for similar aged women, give them an average of 2 kids each, add in the old, ailing and disabled, and we get close to 2.5 million.) Of course, from an historical standpoint, it’s unclear if the Exodus actually happened as reported. Still, the mythohistorical Israelites came over for Seder dinner, but thankfully they didn’t eat.

Trust
We went interfaith for parts of our Seder, welcoming in 3 million undocumented foreigners living in the state of California. They live in terror, especially when they find themselves victims of crime, because they are fearful that going to the police will lead to automatic deportation. This is a terrible way to live, for any human beings, let alone people who are mugged, sexually assaulted or forced to work without pay by unscrupulous slave-driving bosses.

Using a Haggadah supplement produced by Reform CA, a group of Reform Jewish Rabbis and laypeople, we committed ourselves to standing up for the stranger. Words from Torah became the rallying cry for us; the Trust Act, a piece of legislation before the California Assembly, serves as our vehicle to combat this focused oppression. Even though they left with their bellies empty – apparently not everyone likes matzah and gefilte fish, the cry of the 3 million resounded throughout our Seder.

Guests Kept Coming
We spoke with the women of Israel who monthly pray at the Kotel (Western Wall), in hopes of opening up this Jewish site to prayer and ritual as we liberal Jews experience it.

We talked with Palestinians and Israelis – a passionate bunch they were – who want nothing less than normalized relations as members of two states living side by side in peace.

Lo Dayeinu
It would NOT have been enough if only seven of us sat around the coffee table on living room couches to read through the Haggadah. The Seder is meant to be shared – with far flung relatives, with our ancient ancestors, and with modern victims of oppression.

Because only seven of us ate, we had leftovers for a week. More significantly, with the house cleaned up and the Seder plates put away, we still carry with us the extra responsibility – burden?!? – of our new friends. 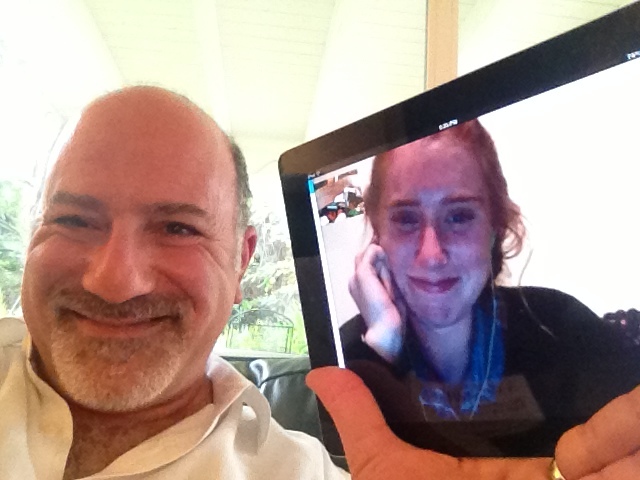 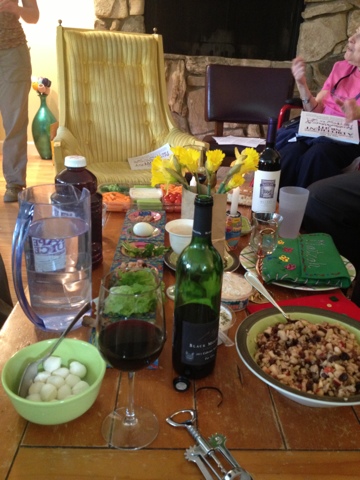 In preparation for Passover, the festival commemorating our people’s passage from oppression to freedom, from fear to faith, I signed on to this letter by Reform CA, to pass the Trust Act in California (here’s a backgrounder on the Trust Act):

The imperative of Jewish history commands us to speak out loudly. As a wandering people that has often depended upon the good graces of nations for protection from physical harm and economic hardship, we are sensitive to the needs of another immigrant population.

And as Californians, we are proud that our state has been the leader in this country for compassionate and just legislation. We know that when California sets the standard for public policy, the nation takes notice and follows

It is for these reasons that we endorse, support, and encourage the passage of the Transparency and Responsibility Using State Tools (TRUST) Act. The TRUST Act will serve to redress the daily injustices faced by undocumented immigrants in California.
Joining our voices with police officials, immigrants rights groups, other faith communities, and many more, we sign this petition in order to raise our voices to our state legislators and to Governor Brown and implore them to action – to vote yes on The TRUST Act and to sign it into law.

A Jewish poet once wrote:

“Give me your tired, your poor, your huddled masses yearning to breathe free… Send these, the homeless, tempest-tost to me.”

Reform CA is delighted to launch our first campaign on statewide immigration reform through the California TRUST Act. With Pesach quickly approaching, we are reminded of our own Exodus narrative of journey and wandering, finding ourselves in so many generations the stranger in a strange land. At our seder, we hear our own cry for redemption echo in our charge to care for the stranger in our midst. As Reform Jews and Californians, we seek compassionate and fair laws for our immigrant brothers and sisters who call California home.

We are working to get thousands of signatures as we demonstrate to our elected officials the strength of the California Reform Movement. Sign our petition now – tell the California Legislature that it’s time to pass the TRUST Act and restore stability and security to our immigrant communities.
When we are young, we are often told by a loving parent that if we are lost or hurt or scared, we should find a police officer who can help us. Unfortunately, millions of California parents who are immigrants without documents must tell their children the opposite, to avoid police officers, because under current state law, contact with an officer can result in deportation. In addition, undocumented immigrants who are victims of spousal abuse or who witness a crime are afraid to reach out to local police for protection because doing so risks their own deportation.

By signing this petition here, we, the Reform Jewish community of California, say it is time to repair this injustice.

I am also including this Passover Seder ritual to help bring awareness of this issue to the people gathered around our seder table.  I invite you to do so also.