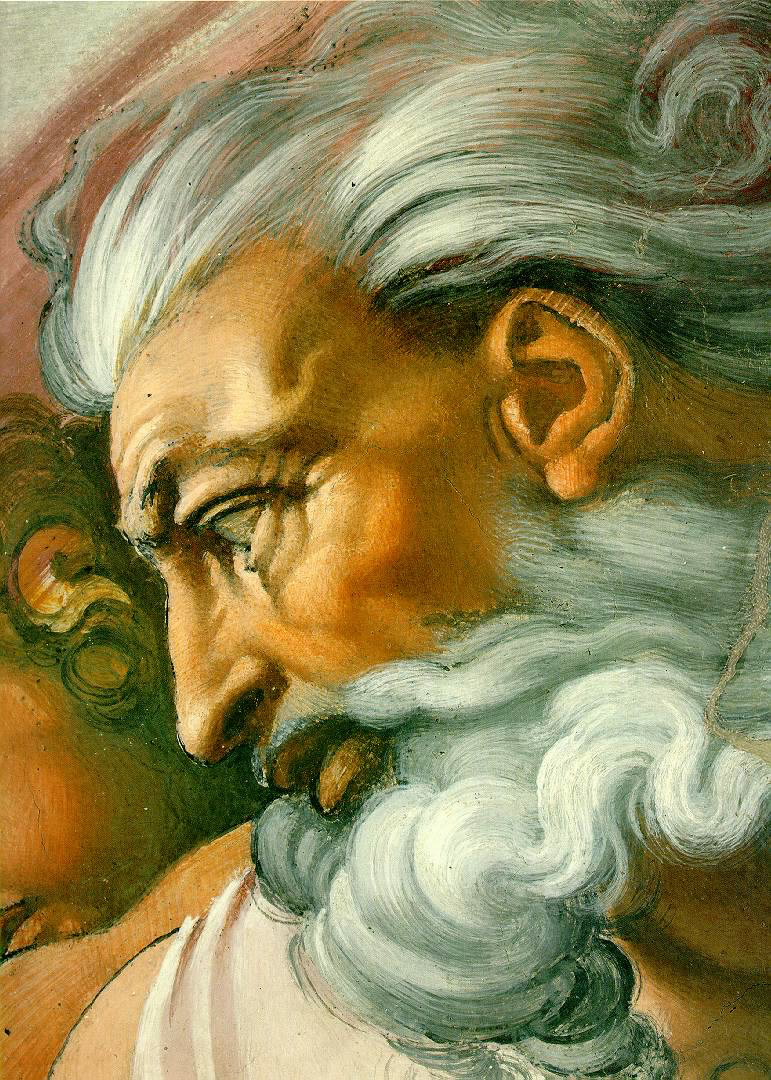 When our Israelite ancestors participated in the Exodus from Egypt, they liberated themselves from much more than just slavery and Pharaoh’s taskmasters. By means of the Ten Plagues, which dismantled the Egyptian pantheon, the Israelites witnessed the defeat of the Nile god, Sun god and Pharaoh’s (false) god complex. Crossing Yam Suf (“Sea of Reeds”), they left behind 400 years of Egyptian-influenced preconceptions about religious faith.

In the intervening 3,000 years, we Jews again have found ourselves enslaved by a host of oppressive ideas about our Jewish religion. Some of these misconceptions arise out of selective misinterpretation of our sacred texts; others result from the growing misguided fundamentalism that has steadily seeped into our Jewish and non-Jewish worlds.

As Passover — our festival of liberation — again approached (and passed), perhaps it is time for our generation of Jews to liberate ourselves from a new set of preconceptions about what Judaism really holds to be true.

1. God Shaved the White Beard
With all of the Torah’s anthropomorphisms, it is difficult to escape the tendency to think about God as the guy with a white beard in a white robe. But God, as far as our Jewish tradition is concerned, ain’t no white guy and ain’t got no beard. In fact, if we take the Second Commandment seriously (“make no idol or image …”), we soon realize that God is a “nobody” and literally has no body. We Jews accept that God is the most real “nothing” around. God just is.

2. God Lacks Name Recognition
Contrary to popular belief in Jewish circles, God’s name is not Adonai, Yahweh or Hashem. “God” isn’t even God’s name. “God” is a title, a job description. According to Torah, our ultimate sourcebook for all things Jewish, God’s name is a four-letter word: Yud-hey-vav-hey (known as the Tetragrammaton). Like most four-letter words, it is unpronounceable. Literally. Each of these letters is silent until combined with a vowel, but since the Torah was written without vowels, it is impossible to figure out exactly how to pronounce God’s name. Some people pronounce Yahweh based on the vav being vocalized as the German “w.” Others read the yud as the German “j” and get Jehovah. Lawrence Kushner, the Reform Jewish rabbi-mystic, notes that each of the letters represents the non-sound of air moving through the throat and mouth. He once wrote that God’s name is the sound of breathing.

4. God Is Known by a Euphemism
Adonai means “my Lord” (or “my Lords”). Since we do not know how to pronounce God’s name, we need a creative way of addressing God. Adonai — “My Lord” — is a highly respectable, important-sounding euphemism. Adonai conveys that God is hierarchically the top dog. Within its Old World, aristocratic context, the lord was more powerful than the rest of us. It is like calling God the “Celestial CEO.” Of course, Hashem, favored by the Orthodox and the superstitious, means “The Name” and is a euphemism for “Adonai,” used lest we misuse the Holy Name.

5. God Is Not a Being; God Is a Verb
Torah understands God’s four-letter name as a meaningful combination of three verbs: Hey-vav-hey, or hoveh, signifying the present tense and meaning “Is”; Hey-yud-hey or haya, meaning “Was”; Yud-hey-yud-hey, or y’heyeh, meaning “Will Be.” In Torah and for Jews, God is that which was, is and will be forevermore. As we sing in the prayer “Adon Olam,” God is the sum total of existence. Don’t worry about whether you believe in God. It doesn’t matter. Because God just Is-Was-Will Be. The question, instead, should be whether you are willing to open your eyes, your mind and your heart to the continuously sacred flow of Existence.

6. The Best Place to Find God Probably Isn’t in the Synagogue
With apologies to the very institution that employs me, the synagogue probably is not the best place to find God. Although we usually expect to find God there (after all, God did say in Exodus “build me a sanctuary so that I may dwell among you”), the overabundance of ritualization and the proliferation of wordy ancient prayers often impede a person’s natural ability to bond with the Divine. God is best found everywhere in every moment. That’s why the ancient rabbis knew God as HaMakom, “The Place,” meaning God is in every place, everywhere: here, over there, up there (pointing skyward), down there (pointing earthward), in there (pointing inside you and me). Wherever we can stop focusing on ourselves and our own material needs as well as open our eyes to the reality and beauty surrounding us, we might find God. The kabbalists know God as Ein Sof (“No End”) because God is everywhere, the Essence that is without end. Moses found God on a mountaintop, and so can you. Miriam encountered God at the shores of the sea, and so can you. The Levites — originally ritual singer/musicians — heard God in the sweet multi-instrument musicals they played, and so can you. Elijah experienced God in the still small voice within that spoke to him and, yup, so can you.

7. Ordered Jewish Prayer May Not Be the Best Way to Talk to God
Almost two millennia ago, a bunch of now-dead white Jewish rabbis, culminating with Rav Amram Gaon (died 875), laid out a series of required prayers and prayer themes, which became the order of the service as we know it. They were concerned with creating a unified order of service for the far-flung Jewish community. Like the biblical ancestors who created a system of worship — animal sacrifices — that mimicked but Jew-ified the surrounding practices, these rabbis did what everyone else was doing, wove together words and biblical passages into prayers to create a new way of talking to God. Although the ancient words can be engaging intellectually, they are theologically 2,000 years old and feel like it. Even for a fluent Hebrew speaker, praying those words and allusions can feel like trying to talk to your friend using Shakespearean English. The words sometimes don’t let us speak the praise in our hearts.

8. The Big Secret Your Rabbis Don’t Want You to Know
You can talk to God using normal language as easily as you iChat with a friend. Rabbi Nachman of Bratslav (grandson of the founder of Chasidism), taught his students hitbodedut, an intimate way to connect with God. He told them to go off into a field and talk to God, aloud, just like you would talk to your neighbor. God listens, Nachman contended, and, following his lead, his students experienced deeply this powerful spiritual reality. I regularly practice hitbodedut out in the field. Or while driving in the car. Or sitting, waiting in the carpool pickup lane. It is wonderful and very Jewish. I feel listened to, heard and appreciated. I don’t ask for things; I seek understanding and strength. I pour out my heart and speak of my problems. God listens. I gain clarity. My thanks are spoken; God hears my praise. Try it. While you are alone. Or while sitting silently in the sanctuary while the cantor intones the ancient prayers. You might find a new friend in God.

9. God Facebooks,Tweets and Texts Along With Us
You won’t find God by friend-searching “God,” even if some jokers misappropriated the name. Instead, God Facebooks us through our friends. After all, our rabbis, responding to the question about how we can fulfill the commandment to love God, turned to Leviticus 19:18, equating loving God with v’ahavta l’rayacha kamocha (loving your friend as yourself). If you love your friends, treat them well, deepen connections that uplift but do no harm; then you have Facebooked the Holy One as well. The friend of your friend is … God. God also tweets us regularly. Those short 140-character messages come to us from all over — through the loving words of friends, the inspiring lyrics of songs, the uplifting news stories of people helping people, the wordless sound of wind blowing through trees or water crashing on the Malibu seashore. Those pithy little messages are easily ignored if you don’t read them for what they are — tweets from Tetragrammaton. Oh, and God texts us regularly. Choose a text — Torah, Talmud, Midrash, siddur — and get to know it. Like a message from a lover, God’s texts must be explored on multiple levels to uncover any hidden meanings or delicious nuance.

10. The Messiah Has NOT Come Yet
Let’s tell the truth. The Messiah — that figure who will bring an end to hunger, homelessness and violence and will lead us to universal piece — has not come yet. We Jews long ago rejected the idea of a Messiah who could die before accomplishing his/her tasks. That’s why Jesus, an inspiring teacher, was not our christ (Greek for “messiah”); why Bar Kochba, the second-century revolutionary once called messianic by Rabbi Akiva, was not the Messiah; and why Rabbi Menachem Schneerson, who died in 1994, is not the Messiah either. For Jews, the Messiah does not die. Instead, take a page from the Talmud: If you are planting a tree (or doing some other life-affirming act) and someone comes running to say that the Messiah is coming, complete your holy task first, and then go look later. Give tzedakah. Talk to God. Treat others with kindness. Don’t let all the Messiah talk turn you away from your holy work.